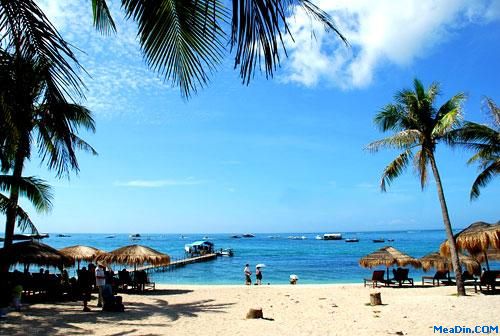 This year's Mid-Autumn Festival is separated from Teacher's Day by one day. The Mid-Autumn Festival Golden Week's vacation time is September 10-12. The reporter learned that the current travel routes of major travel agencies have been launched, the booking situation is good, the two-section connection, cost-effective, cool weather and other favorable factors have inspired many tourists to choose Mid-Autumn Festival travel.

Relevant statistics show that the mid-autumn price of most routes has not risen, which is the same as other times in September. Compared with the National Day Golden Week after half a month, it is generally about 30% lower, and even popular routes such as island tours can save half of the cost. For example, booking half a month in advance, the Lijiang Inn departing from Shanghai on the Teacher's Day starts at about 3,200 yuan on the 5th, and the 5th luxury hotel in Sanya is about 2,500 yuan on the 5th. Beijing-Shanghai high-speed rail round-trip Beijing on the 3rd free travel from 1200 yuan. Many preferential activities can also be enjoyed in the Mid-Autumn Festival. For example, the Northeast team tour will be reduced by 1,000 yuan each, and the Hawaii and Hong Kong tour cards will be reduced by 800 yuan. However, as some Asian countries and regions regard the Mid-Autumn Festival as a small golden week, the prices of a few lines such as Hong Kong and South Korea have risen by hundreds of dollars on September 9 and 10, and the booking situation has become tense.

In previous years, travel agencies rarely developed the Mid-Autumn Festival tourism market, which was mainly based on conventional products. It often lacked new ideas and features, which affected the market's expansion. The reporter learned that this year some travel agencies have vigorously developed new lines and products, and launched a variety of unique moon-watching activities and Mid-Autumn Festival play. Mid-Autumn Festival tourism can be described as a new look. Industry insiders told reporters that this year will break the regular itinerary and host an exclusive Mid-Autumn Festival tour. On September 12th, the Mid-Autumn Music Night will be held in Hawaii, and Jeff Pittson and other masters will be invited to receive the Grammy Awards. On stage, in Vietnam, exclusive charter boat Halong Bay's most advanced "paradise paradise" luxury cruise ship, Mid-Autumn Festival visitors have a day to visit this world heritage site; in the Middle East Dubai, arrange visitors to enjoy the moon in the desert, the world's tallest tower . â€

At the same time, this year's Mid-Autumn Festival (September 12) and the National Day holiday difference of nearly 20 days, will form a double peak of travel. However, due to the dispersion of the travel crowd, this year's price is much lower than last year's peak. The reporter saw from a travel platform that for the flight from Shanghai to Beijing on the Mid-Autumn Festival, more than half of the prices were below 50%, and the lowest was only 415 yuan. On October 1st, the ticket below 60% off is very rare, but after October 2, about 50% off the ticket is everywhere. The reporter noted that although the peak ticket prices on September 30 and October 1 are higher, the ticket price of the festival still shows a clear U-shaped trend. If the passenger can stagger two days, on October 2, 3 After choosing to travel after the day, the cost can often be saved by 30% to 50%. For example, flights from Shanghai to Chengdu are only 6 flights less than 20% off on October 1, and more than 10 flights on October 2, with a minimum of 5.8 fold. (Shanghai Business Daily)